Susi Sorglos vom Kellergeist, aka Sissi, joined us in the summer of 2012.  Her breeder  had raised giant schnauzers and black russian terriers for many years but has now changed for the breed  Continental Bulldog. So we were lucky to take Sissi at the age of 3 years to our place. After our giant Domino had lost brother Diablo and mother Peggy, we wanted another dog to keep him company.

Sissi was very well educated and had passed several exhibitions and exams.

She is especially motivated by treats and likes to show five different commands in a row in order to maximize the result. 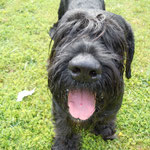 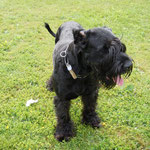 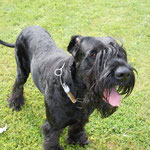 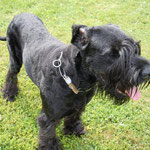 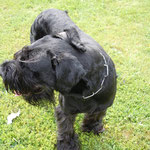 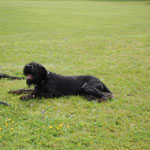